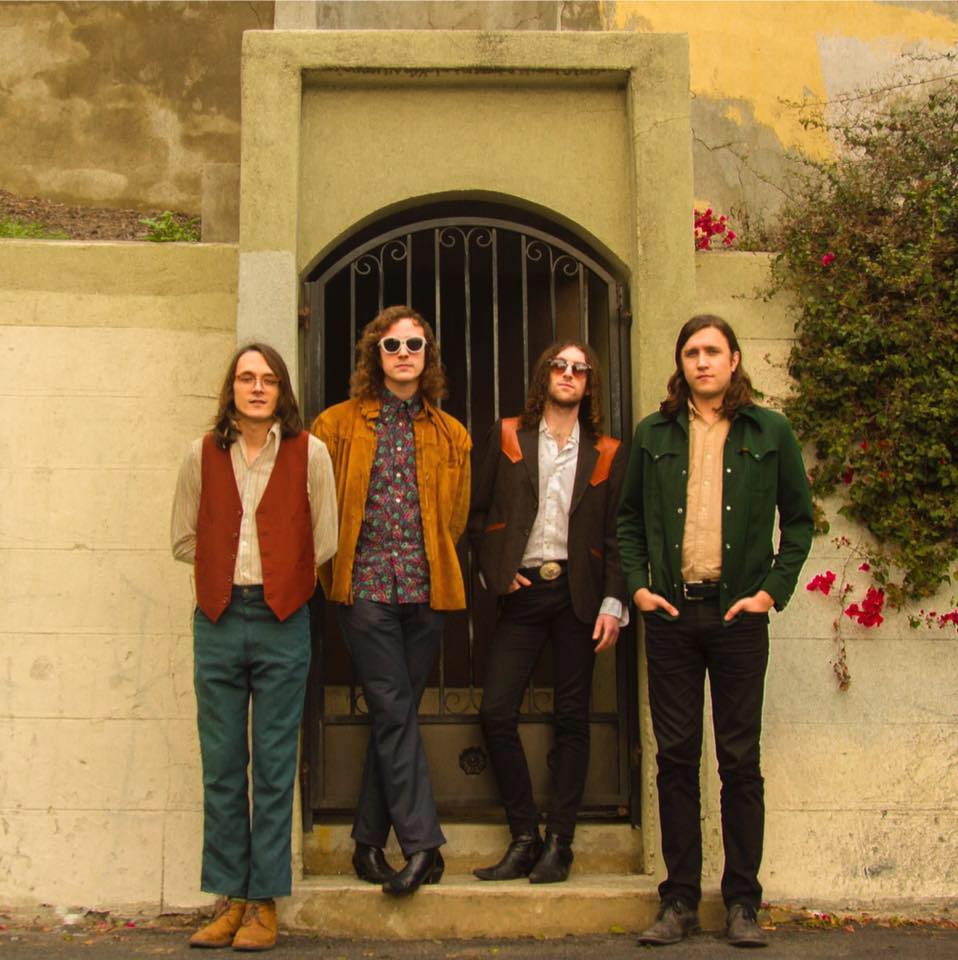 As the tides of the ocean draw their power from the moon above, the music of Triptides is fueled by the mind-bending inspiration and wide-ranging creative talents of Glenn Brigman (vocals and guitar), Josh Menashe (guitar and vocals), Dylan Sizemore (bass guitar) and Shaugnessy Starr (drums).

The trip began in 2010 in the heartland of America, where Glenn and Josh shared ideas and influences as university students in the bohemian basements of Bloomington, Indiana. Triptides has since evolved to incorporate a complex yet cohesive range of lush, “psychedelic beach-pop” sounds that were first explored on two EPs, Triptides and Tropical Dreams.

A full-length album, Psychic Summer, was released in 2011 and demonstrated the band’s growing command of a full spectrum of instruments and recording techniques. Two more LPs, Sun Pavillion and Predictions, followed in 2012 and 2013, delivering finely crafted songs in the spirit of ‘60s and ‘70s West Coast pop and psychedelia, along with grittier punk-psych grooves that span the past five decades, all of which contribute to a powerful synthesis that defines the band’s timeless yet unique sound and character.

In 2014, the band became a four-piece, adding Dylan Sizemore on bass, which provided the opportunity for a greater live presence and electrifying sets. A growing fan base and extensive touring throughout the United States led to an invitation to play the Rock In Rio festival in Lisbon, Portugal, sharing the bill with The Rolling Stones, Queens of the Stone Age, and others.

While Dylan remained in Indiana, Glenn and Josh relocated to Los Angeles in 2015, and upon arriving brought Bryant Fox (bass) and Brian Dove (drums) into the Triptides fold. Later that year, they released their fourth LP, Azur, on Paris-based label Requiem Pour Un Twister. The album showcased a different side of the band, drawing inspiration from ‘80s groups such as The Cleaners From Venus and The Wake in addition to ‘60s psychedelic influences.

In 2016, Triptides continued their momentum as a powerful live act, traveling across The Pond to tour the UK, performing as a headliner at Manchester Psych Fest in addition to shows in London and Brighton. Forging friendships with several of the top psychedelic bands of our time, Triptides joined British sensations Temples in late 2016 on the West Coast leg of their US tour. The ensuing buzz resulted in an invitation to play to a national television and online audience on Last Call with Carson Daly, where the band performed four songs, two of which aired in October 2016 and the other two in February 2017

As the band looks towards the future, Dylan Sizemore has joined the great migration west to Los Angeles, returning to bass, with Shaugnessy Starr bringing his likeminded psychedelic sensibility and style to the drums. The new Triptides record, Afterglow, will be dropping this summer on Requiem Pour Un Twister and the band will support the release with a full European tour.