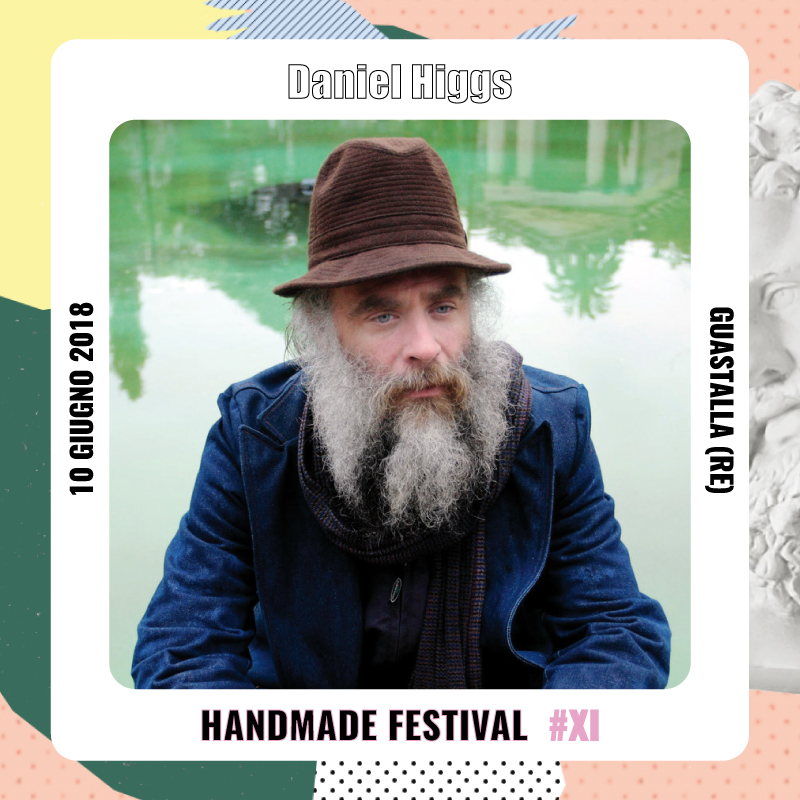 Daniel Arcus Incus Ululat Higgs is a musician and artist from Baltimore, Maryland on whose behalf superlatives are destined to fail. It’s not that his artistic output – spanning three decades, numerous albums, books of poetry and collections of drawings – simply eludes classification, it defies it. Often we hear that a true work of art is meant to speak for itself, and with the work of Daniel Higgs the maxim rings truer than ever. His art is of the cosmos, we on Earth merely lucky that it happens to be confined to our atmosphere, in our lifetime.

Higgs is known primarily for his work as the sole lyricist and frontman of the band Lungfish, a four-piece dedicated to charting, in this listener’s estimation, nothing short of the evolution of all species, known and unknown. That the band has undertaken this pursuit in the guise of a humble rock outfit, in the absence of any public relations fanfare, metanarrative, or manifesto has been enough to endear them to tens of thousands. They are enshrined as one of America’s last true folk bands, and Higgs anointed as a patron saint to artistic purity.

In recent years, Higgs has released a number of solo outings that can only be described as the ultimate in isolation, worlds away from the hypnotic, communal rock of his band. On Atomic Yggdrasil Tarot, Higgs weaves meditative, casually ruptured drones using acoustic and electric guitar, upright pianos, banjo and jew’s harp, recorded entirely at home on cassette recorder. He pairs the music with a series of paintings that call to mind religious iconography passed through the disfiguring surrealism of Miro.

Higgs has wedded his music and his visual art into a singular being, meant to be encountered as a conjuring force similar to that of the tarot experience. The yggdrasil is the great tree of Norse myth that connects all worlds of cosmology. Passing into Christian folklore, the tree is said to connect heaven and earth. In his relentless pursuit of the indivisible, Higgs travels up and down this spine and hatches a new transubstantiation of sound and image into life-form.